A fine overview of work by the German painter Max Kaminski goes on show this autumn at Gallery 100 in Amsterdam. Kaminski (1938-2019) was an influential German painter from the second half of the 20th century. Thirteen of his paintings, made in the period 1970-2008, hang in the gallery. They trace Kaminiski's development as a painter and the symbols he incorporated into his visual language. In addition, the gallery presents some twenty splendid gouaches, drawings and etchings from the period 1990-2008, many of which feature the same symbols. Kaminski's work is rarely exhibited in the Netherlands. The last occasion was in 1996 during an exhibition at Museum Commanderie van Sint-Jan in Nijmegen.


Up until the 1970s, Kaminski painted completely figurative images in cheerful pastel colours. From 1975 on, more expressive elements began to appear in his work, and it also became darker and more vibrant in nature. That occurred under the influence of the 'Neue Wilde', the most important artist group in Germany during the second half of the 20th century. Kaminski's work is therefore certainly related to that of this group of artists, with Baselitz, Immendorf, Lüpertz and Kiefer as leading exponents. The 'Neue Wilde' felt connected to their own past, to the tradition of European painting, and in particular to German Expressionism. They broke the taboo of figurative painting and, in the process, did not shy away from charged subjects such as the eagle, the helmet or the dictates of Social Realism. In their often rough compositions they sought an interpretation of their own. Since that time, the work of Kaminski consisted of a mixture of figurative forms within a realistic yet expressive visual language. Moreover, he made use of contrasting forms and intense and vivid colours. Subjects that recur in his work are (destroyed) landscapes, portraits, acts of war and death. His paintings and drawings often feature symbols such as a mask, a candle, or a skull. Their meaning is evident.

Exhibitions all over the world


Max Kaminski was born as Gerd Kaminski on 9 May 1938 in Königsberg, in what was East Prussia. Between 1943 and 1945, his family was repeatedly forced to flee and search time and again for a new home in various German cities, until they eventually ended up in Oldenburg, where Kaminski attended secondary school. In the 1950s and 1960s, he spent two periods studying at the painting department of the Hochschule der KÃ¼nste in Berlin. In between, he spent two and a half years travelling through South and Central America. During that voyage he changed his first name to Max. Kaminski had his first solo exhibition in January 1967 in Berlin. He then spent a number of months with his wife and child in Paris. In 1971, he received a prize and a scholarship to study for a year in Florence. Four years later, he and a number of other artists founded the Berlin Biennale. In 1977, he took part in Documenta 6 in Kassel. After two stints as a guest teacher in Berlin and Karlsruhe, Kaminski was appointed as a teacher at the Akademie Karlsruhe, although he continued to live in Berlin. In 1982, he moved to Strasbourg in France, where he would later have an exhibition at the Museum of Modern and Contemporary Art. From 1992 onwards, Kaminski worked for a number of months each year at a studio in Marseille, which the city had put at his disposal. An exhibition in Colmar was followed by exhibitions in Chicago and Buenos Aires, and a travelling group exhibition in Bonn-Strasbourg-Nijmegen entitled Die Rhein, Le Rhin, De Waal. In Nijmegen this exhibition was held at the Museum Commanderie van Sint-Jan in 1996. A number of museum exhibitions followed in Mallorca and Mexico, linked later to a six-month sojourn in Mexico City. In 2003, he moved his studio to Augsburg, but retained his home and studio in Marseille. He fell ill in 2014 and died on 20 January 2019 in Augsburg. Max Kaminski was the recipient of numerous art prizes, among them the Deutsche Kunstpreis der Jugend (1963), the Villa Romana art prize (1971) in Florence and the Kunstpreis der Böttcherstraße (1974) in Bremen.


Caroline Kampfraath will give a lecture at the gallery about the work of Max Kaminski at 5 pm on Saturday 15 October. You can register for this via info@gallery100.com 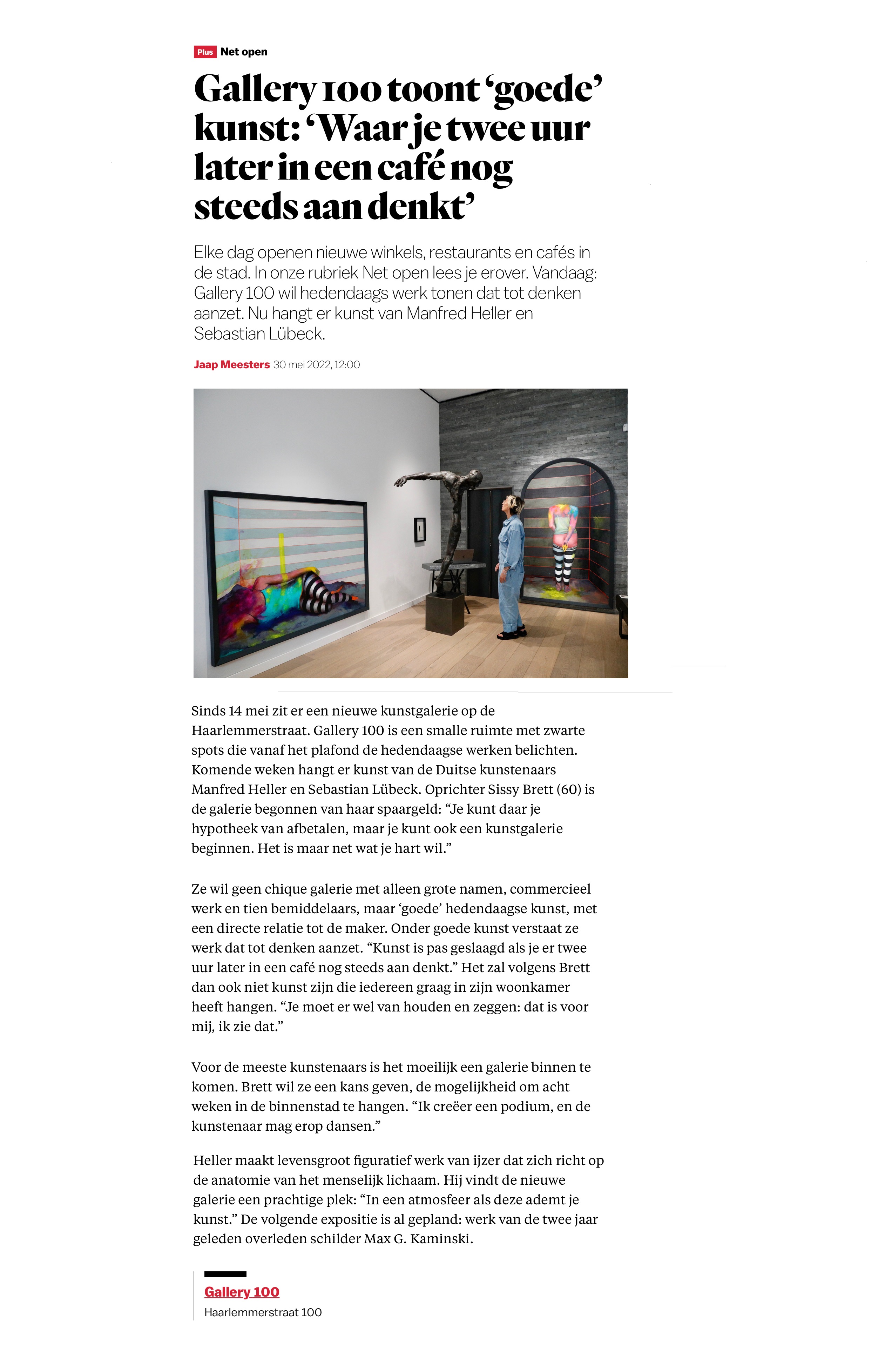